Whether you’ve just set up new bookshelf speakers or have an older system, it’s always fun to give your audio gear a workout to test its performance. With vinyl’s surge in popularity over the last few years, more people are discovering the benefits of this revered analog format. In selecting the ten vinyl records that made our list, multiple factors were considered including recording quality, mastering quality and overall listening enjoyment.

Any of these albums could make a top ten greatest records list for their music content alone, but they have been specifically chosen because they are great vinyl records to test your home stereo setup. Enjoy!

As one of the quintessential albums of the 70s, you can easily listen through Rumours without being tempted to skip a song. While the recording process was full of complications, including two relationship breakups and excessive drug use, Rumours signalled an important, new direction for the band. It’s extremely well recorded, mixed and mastered, so you’re sure to give your ears a treat while you test your bookshelf speakers.

The Cars was the self-titled debut album for this new wave rock band and featured three popular singles and multiple additional radio hits, remaining on the charts for over two years. The LP is considered by many fans to be their best album. What started out as a straight-ahead rock record became a more artful endeavour thanks to the band’s relentless appetite for new equipment and technology. It’s another record that’s an easy listen from front to back thanks to its flawless songwriting and production.

This classic album by Marvin Gaye is considered by many to be one of the greatest records of all time. What’s Going On was originally mastered specifically for vinyl and features a warm, smooth sound that combines the genres of 60s Motown with 70s pop R&B. You’ll be immersed and hypnotized through nine tracks by Gaye’s classic voice and melodic hooks. The record is sure to keep your head bopping back and forth as you listen to this classic vinyl album through your bookshelf speakers.

As an industry-defining record for nearly three decades, Thriller is a piece of music history that every audiophile should own. This masterpiece, co-produced by Michael Jackson and Quincy Jones, is the best-selling album of all time, with worldwide sales estimated to be as high as 120 million copies. Some tracks were mixed literally dozens of times before being finalized, and the result is a meticulously crafted album featuring hit singles “Thriller,” “Billie Jean” and “Beat It”. It’s easily one of the best albums of the 1980s, and probably, all-time.

You’ve seen the unmistakable prism and rainbow cover art on t-shirts, hats, posters and more. Dark Side of the Moon’s distinct album artwork is as unique as the music itself. This record, remastered and re-released in 2003 for its 30th anniversary, offers a sonic journey that will hold your complete attention for the entirety of the LP. The 2003 release was a collaboration of Alan Parsons (the album’s original engineer) and two well-known mastering engineers from AcousTech. This is easily one of the most immersive records on the list, and there’s really no substitute for it—you have to hear it to understand. 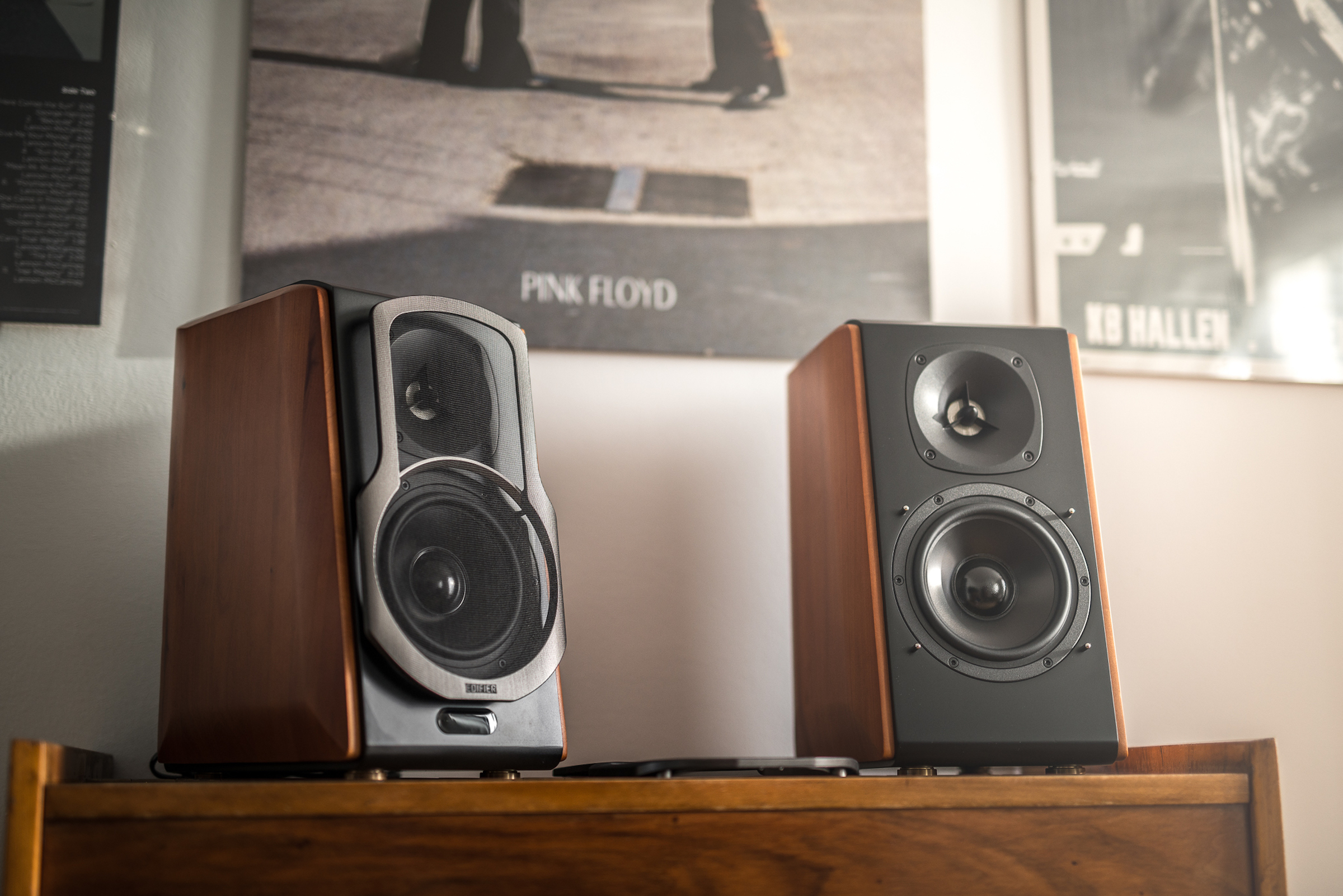 If you’re looking for a record that’s going to make you want to dance for over an hour, look no further than Random Access Memories. The exceptionally wide dynamic range of the album is a welcome reprieve from the over-compressed treatment of most modern pop music. Furthermore, most of the album was tracked using real, live instruments and was performed by some of the best studio musicians in the world. If you have a set of bookshelf speakers, like the Edifier S3000Pro or S1000DB, you’ll certainly appreciate the full bass and crisp highs that this record produces. It’s the perfect piece of vinyl for any audiophile who wants to hear the most out of their hi-fi audio system.

At the time of its release in 2007, In Rainbows sounded like no other record any other band had put out. The album rocks listeners from top to bottom, from guitar-driven power tracks to mellow ballads, all mixed with an engaging stereo soundscape that will keep your ears entertained. There’s plenty of deep bass throughout to test the low-frequency response of your bookshelf speakers.

A wonderfully artistic album, this is Bon Iver’s second release. The ensemble-like arrangements are indicative of something that goes beyond folk music and creates lush musical landscapes that will jumpstart your visual imagination throughout. It’s an achievement that is matched only by the album’s sonic qualities—a good dynamic range married to a full use of the frequency spectrum.

When Mezzanine was first released in 1998, it was made available for download as an official MP3 on the Massive Attack website. The record features a darker tone compared to other vinyl on this list and is a great test to see how your bookshelf speakers deal with low and low-mid frequencies. Turn this one up on your hifi speakers to experience all of the intricate textures and elements this album has to offer.

Jeff Buckley’s Grace features one of the most famous renditions of Hallelujah in all of pop and rock music. The album itself is arguably a timeless work of art that spans multiple generations and genres in its appeal. The late David Bowie, an icon in his own right, called Grace the “greatest album ever made.” This meticulously recorded album will shine on a high quality set of bookshelf speakers and captivate you in the process; you won’t be disappointed.

Great Albums and a Great Sound 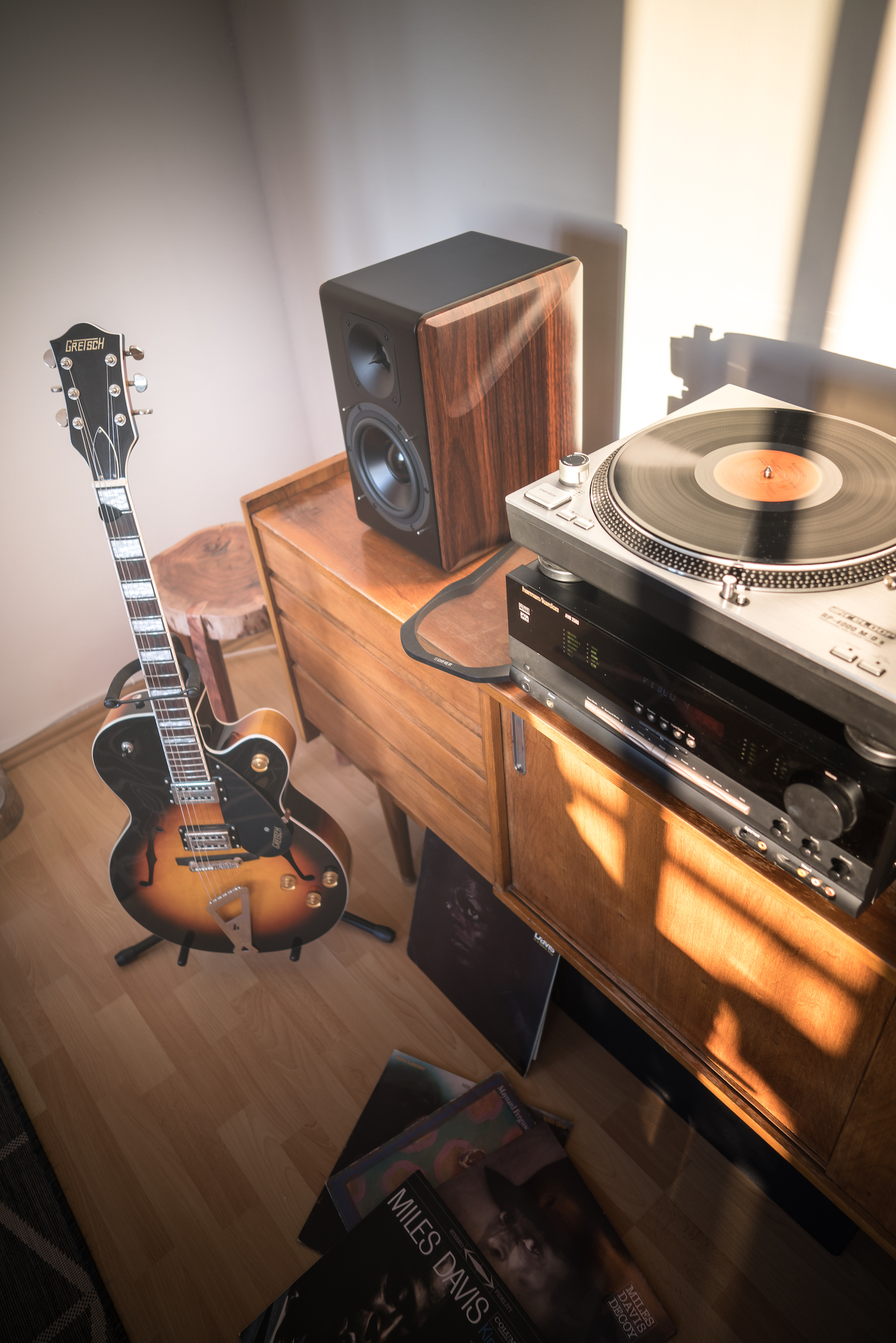 Any of the records on this list are great choices for their artistic value alone, but they make this specific list because they are also terrific choices that stand out when played in their vinyl format. When you listen to these albums through hifi speakers like the Edifier S1000DB and S3000Pro, they will bring your appreciation of music to a new level. You’re likely to hear new details and production elements as you sit down, relax and discover (or re-discover) a few of the greatest albums in music history. The only question is—what will you listen to first?